You probably want to know what's going on before and around RealtimeConf and what sort of technical content you'll be hearing, right? We thought so. (You do, right? Cool. Read on.)

The discussions are everything

Our friend Ben Arent is organizing RedisConf Nano (separate ticket), a mix of meetup, hacking, and talks, including a keynote from Redis creator antirez.

In the same building as the Jupiter! Open bar and snacks.

We have several optional locations for dinner, some of which are available for purchase now. (See below.)

Immediately after the conclusion of the conference, we'll have a delicious BBQ and drinks, hanging out and talking about all that we've been discussing the past couple days.

If you're at all interested in WebRTC and digging in with some of the people who are doing things with it, it's highly recommended to hang around for WebRTC Camp.

We believe XMPP is entering a rennaissance with the possibilities unleashed by WebRTC. We're very excited to have a high percentage of leaders of the XMPP community in town for this summit. (More info here.)

Hang and hack with Tessel

Tessel is a microcontroller that runs JavaScript, making it easy to create physical devices that connect to the web. The awesome folks at Technical IO will be at RealtimeConf with some of their prototype Tessel devices available to play with.

The food is also... um, everything!

Five meals and two evening events are included in your ticket.

One very special dinner of your choice at cost:

There is nothing like the experience of slowly enjoying a meal among new and old friends in an intimate setting. We are determined to create some outstanding experiences, a diverse selection of options, and a range of prices.

The best way to describe Chef Courtney Sproule’s amazing cooking is French Regional cuisine with only the finest and most fresh ingredients. Her restaurant, Din Din, is a new addition to the Portland restaurant scene. 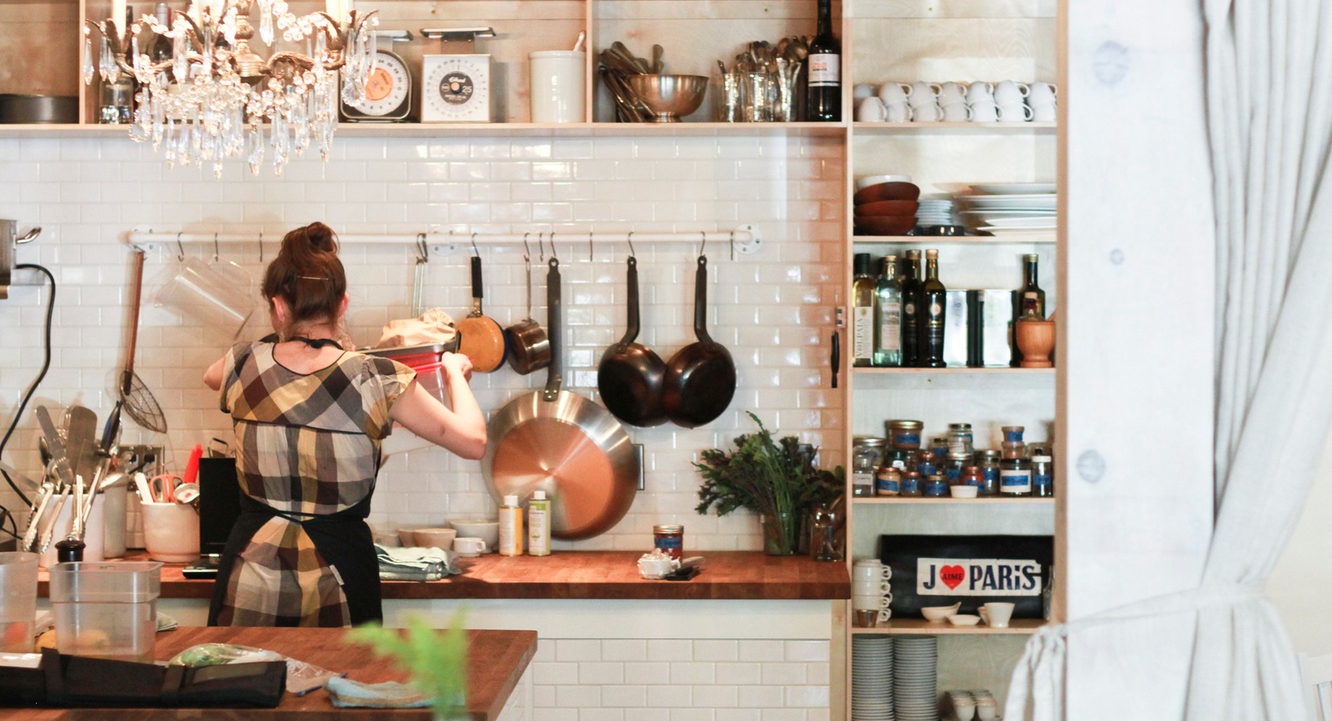 Courtney and her restaurant make you feel like you’re on the set of a Woody Allen film.

The Scene: a Parisian garret where your sophisticated and fancy friend masterfully creates a 6 course meal with ineffable ease and grace.

$59 (drinks not included) — limited! Get your ticket here

RealtimeConf 2012 attendees raved about their experience at BEAST. 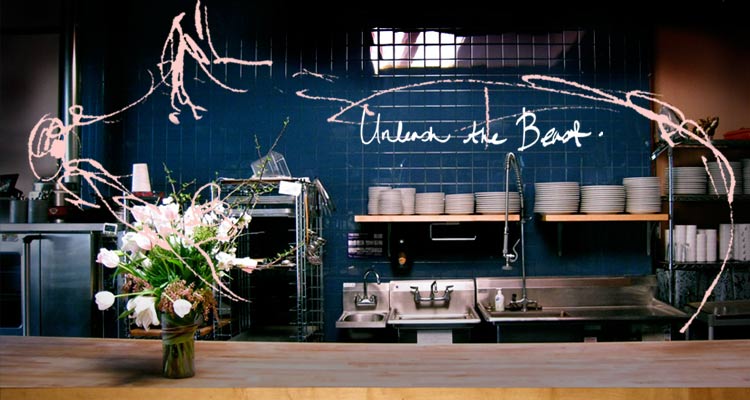 Not for the picky eater, this meat-centric open kitchen is presided over by Portland personality and celebrity chef-owner Naomi Pomeroy.

This is a 6 course meal with wine pairings and a small selection of Belgian inspired beers.

This is a very special ticket, which will also include delicious participation in Eran Hammer's elaborate presentation, along with some valuable souvenirs.

Guests of Moses Driver will also be hosted by Emily Katz, an artist/designer/curator who believes in the beauty of simple details.

The dinner she is preparing comes from the desire to share her love of local, small batch, artisanal cuisine in the intimate and personal environment of her thoughtfully handmade home.

Whether she is barrel fermenting pickles from tiny local cucumbers she found at the farmers market, or concocting a delicate dish of wild mushrooms, floral and woodsy, her intentions are to have you smiling with every bite, keep the wine flowing in your glass, and the warm mood of the autumn meal satiating your hunger for great conversation and company.

Emily will be joined by her friends from Clyde Common to help serve you an amazing meal and an unforgettable experience.

We will be announcing a few more coordinated dinner options closer to the event, including some low cost options.

First off, we're not saying anything about these talks :)

Cyborg anthropologist and interface humanist Amber Case has been called one of the Most Influential Women in Technology. Amber is a light of genuine passion and humble curiosity. Her insights on the intersection of people and technology have riveted conference audiences worldwide.

Ana is a JavaScript developer and former community manager at Nodejitsu and Shapeways, where her experience working with developer communities has provided unique vantage point of the power of community.

Eran Hammer is a farmer and WalMart employee. Most recently was the lead author and editor of the OAuth spec, which he quit loudly. In 1994 Eran founded ‘A Different Stage’, one of the first online publishers for short prose.

Eric is a recognized expert in Internet Security and Distributed Systems and a member of Mozilla's WebRTC team.

Creator of npm and lead developer for Node.js.

An experience designer working to bring design thinking to open source to empower regular people to own their own data.

These talks are from the category of “this title is enough”

The Death of REST

Here's some talks with a bit more information

So you want to build a WebSocket abstraction

As one of the primary contributors of Socket.IO, the author of Primus (another  WebSocket abstraction library created this year), WebSocket scientist and Nodejitsu Architect Arnout has extensive experience wrangling the web's persnickety transport.

His "Websuckets" talks at RealtimeConf and RealtimeConf EU represent the most comprehensive presentation of the myriad hangups of WebSockets. Given a series of rants earlier this year about how everyone who wants to do WebSockets right for their application will end up writing their own abstraction, we asked him to share his thoughts and educate us on just such a topic.

This talk will describe the Voxer architecture which is novel in many ways. The clients are all mobile phones on unreliable networks, yet the users expect realtime performance and high availability. On the backend, there is no single point of  failure, but things still fail all the time. We'll talk about how what  kinds of things go wrong, and how the system is designed to keep working anyway.

Jen has several projects built in the direction of decentralized social and chat systems. She'll be sharing some of her experiments building simple, decentralized APIs with LevelDB and what she's learned in the process. Expect some new projects intersecting these with WebRTC, too.

WebRTC marks an amazing milestone for the web. It presents browsers with real communication and peer-to-peer channels.

There are a decent number of signaling tools emerging for WebRTC, but the vast majority of current WebRTC offerings are the same old song and dance: "Here's our 'open' WebRTC platform, library, or toolkit: it's still yet another Silo."

What if it was simple to build or deploy a video calling service on our own server that could talk to anyone else using fully open and already distributed protocols, without having to reinvent the wheel at all?

XMPP-FTW, Stanza.io, and the next generation of XMPP abstraction for the web

It's been over five years since the uninimitable Jack Moffitt released Strophe.js, the de facto library for XMPP + web mashups.

Strophe is an amazing technical achievement and has proven incredibly useful in many circumstances where having access to the full power of XMPP in the browser. But even the XMPP-loving teams at BuddyCloud and &yet have chosen to use Socket.IO and maintain XMPP connections on the server (or skip XMPP altogether) rather than wrangle the un-webby persnickitations of XMPP.

So is XMPP on the web a dead end?

Lloyd Watkin and Lance Stout don't think so. They've built two tools they feel address some of the cultural barriers that block XMPP from being useful on the web—XMPP-FTW (Lloyd) and Stanza.io (Lance). In this joint presentation, they'll be sharing how each of their approaches attempts to make it awesome, easy, and fun for frontend developers to build with XMPP.

Feross is the architect of PeerCDN, which is one of the most interesting uses of WebRTC thus far. He's going to dig in and show how it works.

A young man at FOSDEM once asked Nathan Fritz what he does at &yet. He answered, entirely straight-faced, "You see. I go to sleep and I have these epiphanies."

Usually his epiphanies are about pub-sub, distributed systems architecture, or nixie tube lights. His current one is about pie. Actually, it's about creating a simple federated pub-sub tool for routing whatever data you want to whoever you've authorized access.

Pie is a simple federated pub-sub tool for publishing, gathering, and sharing your own data as well as providing discovery to others.

The words "real-time" usually conjure up images of "message-passing" in developer's minds - but it doesn't have to be that way.

Message passing systems have been the de-facto way of doing  real-time on the web, but there's another way to approach this problem: Data Synchronization. Most distributed  apps have to implement persistence for some of their data anyway, so by combining persistence and message passing into one problem instead of two, real-time apps are vastly easier to build and within the reach of everyone.

In this talk we'll go into the nitty-gritty of what the  advantages of the data synchronization approach over message passing are. I'll dig into code and compare how the structure changes  when you switch from a message passing approach to a data sync approach.

We all know the web as a powerful tool for creating diverse and sometimes unexpected connections, for giving us a bottomless vat of information to constantly be shuffling, sorting, and spouting back and forth to one another. The technology of the web has enormous potential beyond the constraints of our commonplace devices. It can begin to create living, breathing physical environments that provide that same opportunity for realtime discourse and connection… in person.

We recently partnered with Occidental College in Los Angeles to create a large-scale media wall installation driven entirely by web technologies and user-generated content submitted through an accompanying web app.

We'll walk through the process of building an immersive interactive realtime experience and outcomes of the project and our thoughts on where we can go next.

One of the most important aspects of designing distributed systems is learning to think asynchronously. Asynchronous systems are not only often more efficient, they're also more responsive, as their design is fundamentally reactive and event-driven. However, causality is part of the structure of synchronous models that gets relaxed when moving to an asynchronous worldview, and this introduces complications.

Plus two talks about client-side cryptography:

Martin is a member of ruby-core, one of the maintainers of the Ruby OpenSSL extension and the author of krypt. Cryptography is his passion, and not only after the epiphany he had once realizing that his last name carries "ssl" in it. He's been helping the European Commission to implement a digital signature platform over the past years.

Kyle Drake is working on Coinpunk, the first open-source web wallet for Bitcoin. Part of my work is reducing the amount of trust Bitcoin users need to place on the server, by doing the sending of money on the browser, which reduces the risk of having funds stolen by hackers. Kyle says, "Browser-side encryption is a very new idea I believe will redefine how all developers do web crypto. Instead of pushing passwords and confidential information to the server to be hashed, we are now starting to do it in the browser. It's very bleeding edge, it's very cool, and I think it's going to become very popular in the near future. I want to document the history of it, the current state, and where things will be going in the next few years."